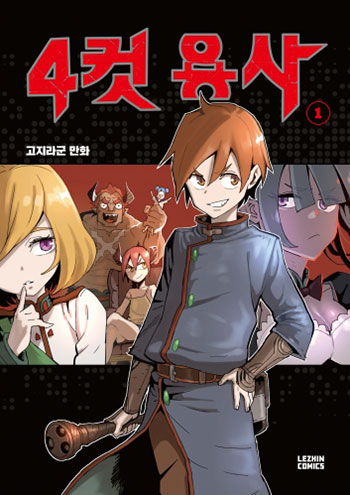 4 Cut Hero Manhwa also known as (AKA) “4-keos Yongsa ; 4-koma Yuusha ; 4-Panel Hero ; 4컷용사 ; 4コマ勇者 ; Cartoon hero ; Four-Cut Hero ; Yon-koma Yuusha ; Четыре рыцаря”. This OnGoing webtoon was released on 2014. The story was written by Gojira-kun and illustrations by Gojira-kun. 4 Cut Hero webtoon is about Action, Adventure, Comedy, Drama, Ecchi, Fantasy, Harem, Romance, Supernatural story.
4 Cut Hero Manhwa – Summary
The Hero has defeated the Demon King, but the Princess he meant to save turned out to be a Prince. NEETdom, here he comes, but a life of relaxation surrounded by animes is a pretty sweet deal.
Unfortunately, he gets caught up in millennia old legends, curses, and a twisted plot involving multiple Kingdoms and many dragons. Through and through, though, he’ll follow a path of whimsy, even if that involves him palling it up with “villains”.