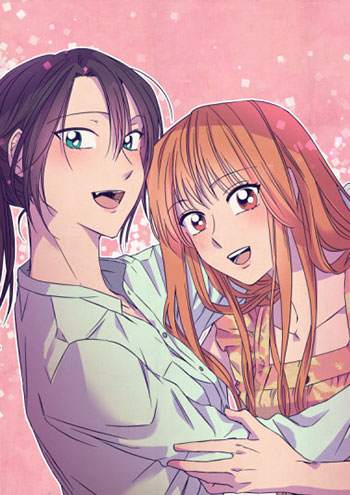 Blooming Sequence Manhwa also known as (AKA) “블루밍 시퀀스 ; Время цвести”. This Completed webtoon was released on 2017. The story was written by Lee Eul and illustrations by Lee Eul. Blooming Sequence webtoon is about GL, Psychological, Romance, School Life, Slice of Life story.
Blooming Sequence Manhwa – Summary Seowoo, president of the film club, is standing outside in the rain, a welcome break from the noisy and chaotic bar behind her, when a girl with orange hair stumbles out the doors and practically into her arms. Then she begins singing “Dancing in the Rain” while… dancing in the rain. It’s a minute encounter, really, but Seowoo has seen the greatest romances bloom from the smallest moments in the movies. So when Hayoung shows up to join the film club, Seowoo – who’s not even sure what she herself is feeling – finds her heart skipping a beat.