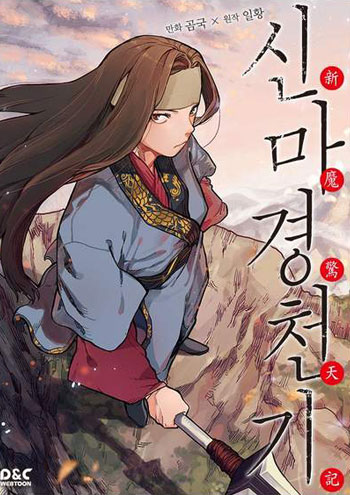 Chronicles of Heavenly Demon Manhwa also known as (AKA) “신마경천기”. This OnGoing webtoon was released on 2018. The story was written by Il-hwang and illustrations by Gom-guk. Chronicles of Heavenly Demon webtoon is about Action, Fantasy, Supernatural story.
Chronicles of Heavenly Demon Manhwa – Summary The successor of the Spear Master Sect and his apprentice Hyuk Woon Seong were framed of learning a forbidden Demonic art and slayed. A helpless and pitiful death by the hypocrites of the Orthodox Sect. The moment Woon Seong faced his death, The artifact of the Spear Master Sect emitted a light and gave him a new life. The life as Number 900, a trainee of the Demonic Cult! The two identities, the Orthodox Sect and the Demonic Cult. But his objective is one. Vengeance! Accepting his destiny and remembering his grudge, Woon Seong trains in martial arts And his time of revenge slowly comes closer… Take over the Demonic Cult and punish the hypocrites of the Orthodox Sect! The revenge story of Number 900, Woon Seong growing in tasks of life and death. The webtoon version of author Il-hwang’s popular wuxia novel, Chronicles of the Heavenly Demon.