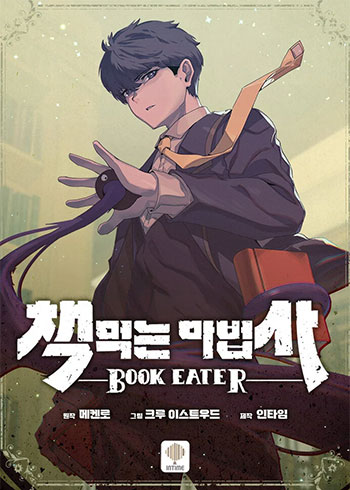 The Book Eating Magician Manhwa – Summary
“…Student, how long have you been here now?” Theodore Miller is a failing student who has not graduated from the academy for three years. A bright mind and strong will alone could not overcome the wall of talent, so his unfortunate reality of not being a magician continued. After days of despair and uncountable sighs, a new turning point comes… ‘Gluttony’, a magic book that greedily consumes knowledge and makes the said knowledge the power of its master, comes across Theodore’s hands. If he gets his hands on any book, any magic in it becomes his. Now, senior graduation is all but a guaranteed pass! No, world conquest is just a matter of time, too?! “Yes, I will eat them all!” Did someone say that hard work and perseverance alone are not enough? Well, they’re wrong! Everything has its time! A 1% opportunity, which is also annoying sometimes, came to find its way to a 99% purely hardworking magician!